The Midlands Air Ambulance operates three air ambulances which help to save lives throughout the West Midlands, Staffordshire and Shropshire by making sure that patients reach hospital within 60 minutes of injury (the vital ‘Golden Hour’) which sees their chances of survival dramatically increased. 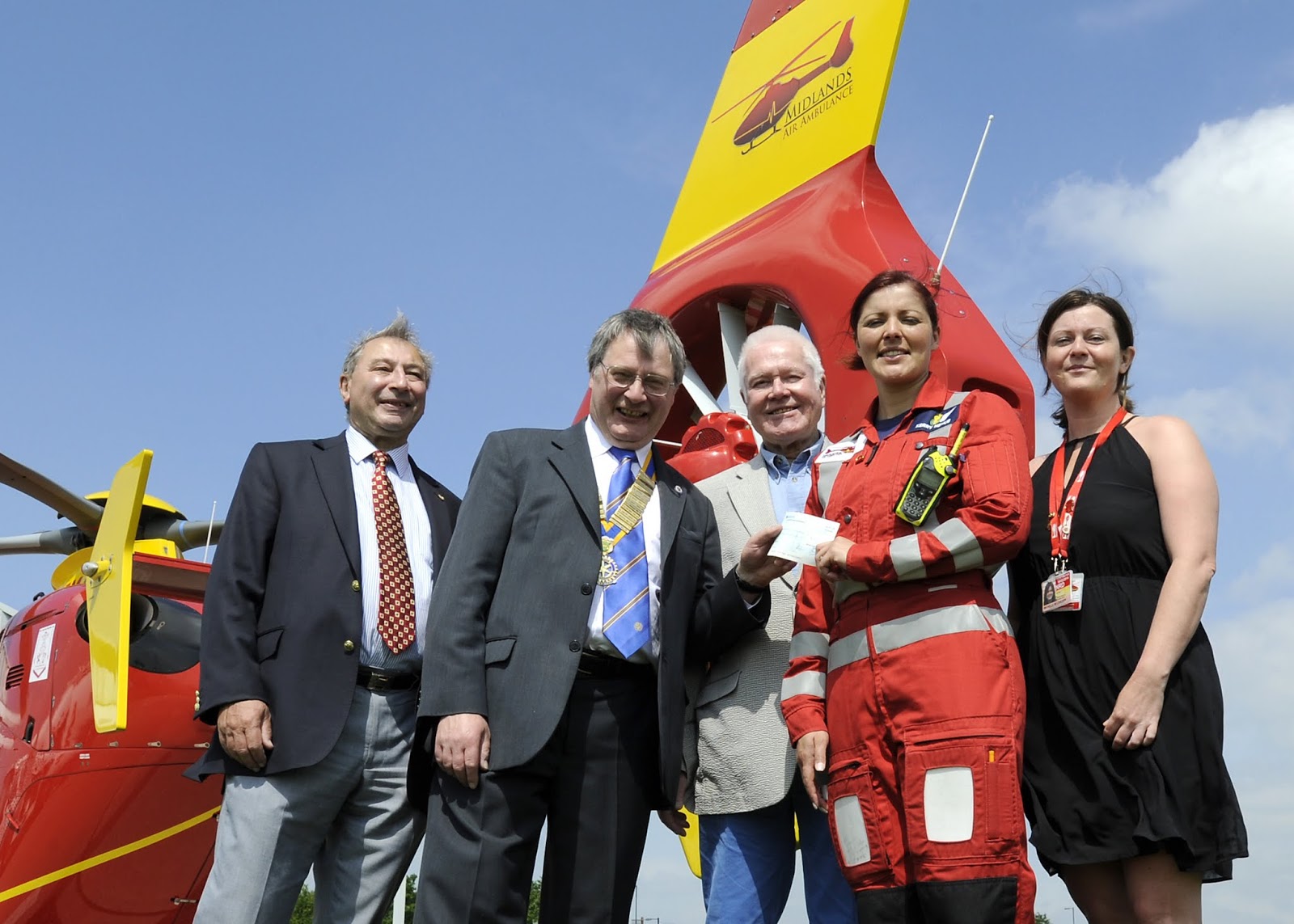 With over 38,000 missions flown its one of the busiest air ambulances in the country but receives no Government or National Lottery funding and the £6 million which is needed each year to keep its three Air Ambulances operational is donated entirely by the public and local businesses.

Tettenhall Rotary has been a regular supporter of the Air Ambulance's work and President Ian was joined recently by Club members Chris Kraushar and Gerry Turner in a visit to their Cosford base to see their operations at first hand and to present a further donation to help the Air Ambulance to continue their vital work.
Posted by Jim Murphy at 18:06