Thanks For Supporting Our Santa Sleigh

As twelfth night draws this Christmas season to a close its time for us to thank the thousands of you who came along to say hello and to support us so generously whilst we've been out and about with Santa. 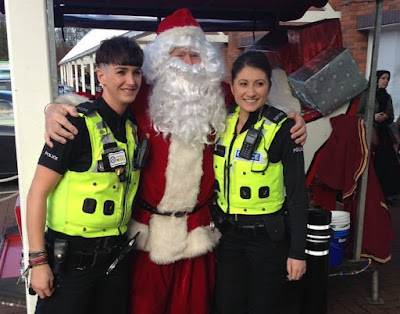 The money that you've helped us to raise will make sure that we can continue to support deserving local causes in the coming year. 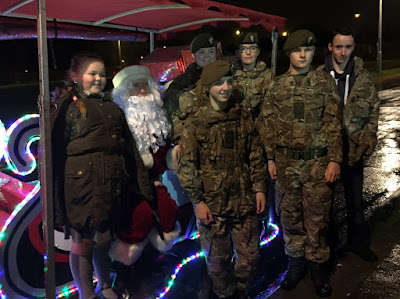 All of the members of the Club enjoy our Santa sleigh runs not only for the magic that they bring to the children that Santa Claus visits but also for the way in which they help to bring neighbours and communities together. 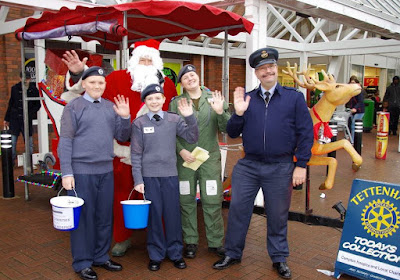 We've had great fun this year and want to express our thanks to the members of Tettenhall Inner Wheel Club, Tettenhall 41 Club, Tettenhall Tangent Club, ATC 1046  Fordhouses Squadron and the Army Cadet Force members without whose help our sleigh runs would not have been possible. Its been a pleasure to spend time with you all. 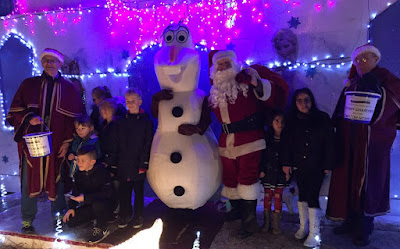 We also want to say a great big thank you to Brindley Volvo​ for generously providing a vehicle to tow the sleigh so that Rudolph didn't have to work too hard ahead of Christmas Eve and to the management and staff at Lidl​ in Finchfield, Asda​ in Wolverhampton and The Midcounties Co-operative​ in Codsall who were so welcoming to Santa and his helpers at his store appearances.
Posted by Jim Murphy at 20:55

Rotarians and guests from around the City, including the  Mayor and Mayoress of Wolverhampton packed the Great Hall at the Mount Hotel in Tettenhall this evening to honour the 2015 Young Citizens of the Year. 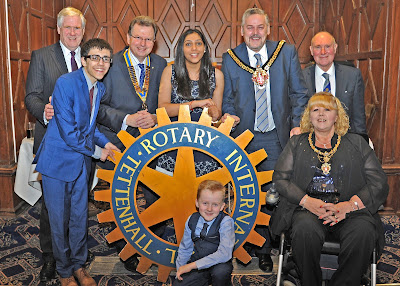 The Winner of the Award, Ramnik Uppal, (19) from Willenhall, spoke about her opportunities for leadership and voluntary work at Wolverhampton Girls' High School, her voluntary work outside school and her first term at the University of Cambridge where she is reading Medicine.  Runner Up Kashmire Hawker (17) from Low Hill spoke about his voluntary work with Break Charity - Changing Young Lives an organisation which champions the rights and equal opportunities of disabled young people and the United Kingdom Youth Parliament of which he is Deputy Chairman. Alfie Baugh (9) spoke about the help he gives to his neighbours and the weekly newsletter he writes for them, as well as his charity fund raising work.

Rotarian Roger Timbrell, Chairman of the Young Citizen of the Year Organising Committee, chaired the event with Sir Geoff Hampton, Chairman of the judging panel and Honorary Member of the Club, gave the vote of the thanks to the young people and the Mayor of Wolverhampton, Cllr. Ian Brookfield, thanked the City's Rotary Clubs for organising this annual Award.

Roger Timbrell said ‘The Young Citizens of the year did us proud tonight. They are a credit to the City. The Award is all about celebrating young people who go that extra mile to help others’.
Posted by Jim Murphy at 19:30