President John and ex-serviceman Club member Les Bouts joined Honorary Club members the Mayor and Mayoress of Wolverhampton together with representatives of the City's many service organisations on Sunday to lay wreaths in memory of the fallen at the Wolverhampton Cenotaph as part of the City's Observance of Remembrance to mark the sacrifice of those who in the words of the Rotary motto truly put 'Service Above Self'. 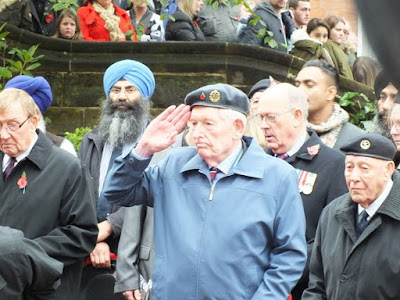 There was an excellent turnout for the Observance with the Band of the West Midlands Fire Service leading a 400-strong parade including detachments from ex-Service, Regular, Reserve, Cadet Units and representatives of other local uniformed organisations from Wulfruna Street to St Peter's Square, where a Drumhead Service - the traditional form for a religious service attended by troops in the field - took place, followed by a second service in St Peter's Collegiate Church. 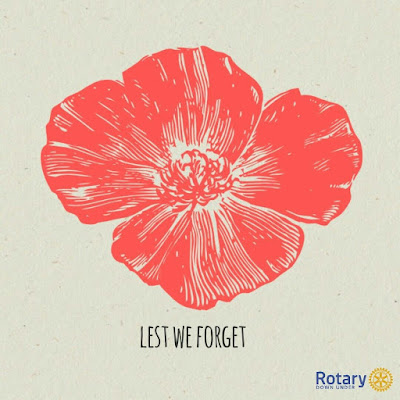 We're on the move and as of today we have a new home for our regular Monday meetings at Perton Park Golf Club on Wrottesley Park Road in Perton. Our meeting time remains unchanged - 7.00pm for 7.30 pm 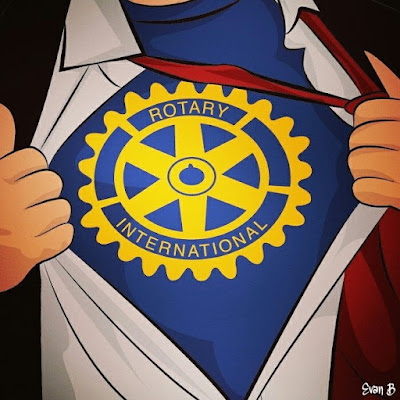 We're proud to support the pupils of Tettenhall Wood School as part of the Shakespeare Schools Festival. 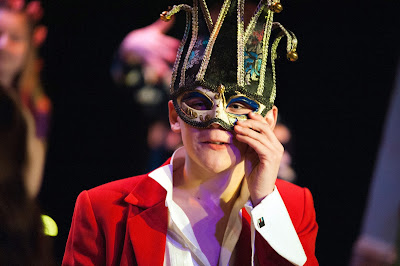 The Festival harnesses the power of Shakespeare to amuse and terrify, move and inspire in order to help change the lives of the students taking part by building confidence, teamwork, literacy and ambition.

The pupils will be performing at the Wolverhampton Grand Theatre this Thursday and with some tickets still available you can share the experience yourself by contacting the Box Office on 01902 429 212 or by booking online.
Posted by Jim Murphy at 14:17

There's still time to grab your tickets for our Big Band Night at Wolverhampton Grammar School on Friday.

Entertainment will be provided by The Sharmanaires with a selection of classic music from the likes of Glenn Miller, Benny Goodman, Ted Heath and Count Basie.

It promises to be a great night with proceeds supporting local charities - call Peter Maddox on 01902 810001 for tickets. 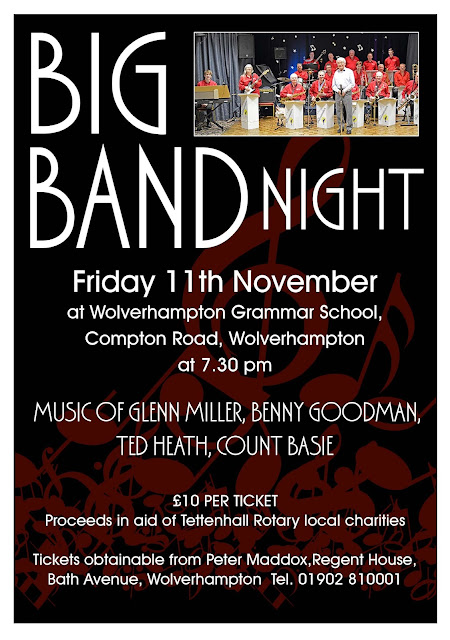