It was an honour to welcome Lisa Potts as our speaker at our recent meeting. 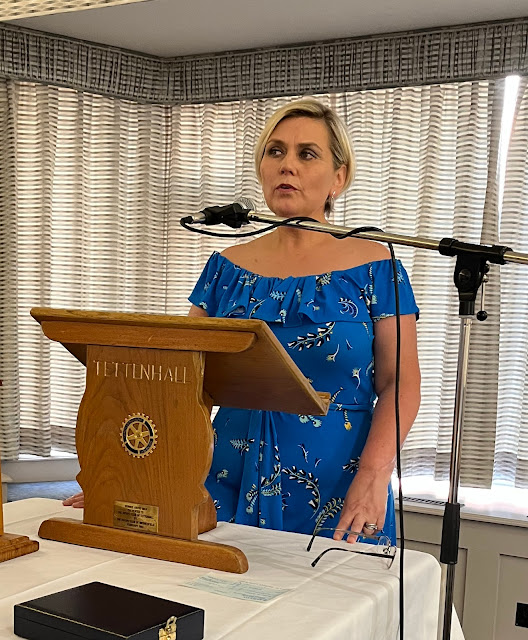 Lisa came to national prominence when in 1986 as a young primary school teacher she bravely protected her young pupils from a machete attack despite receiving horrific injuries to her head, arms and back.

The attack left Lisa facing years of surgery and rehabilitation as well as overcoming post traumatic stress disorder and depression but in spite of this she found the grace to forgive her attacker. 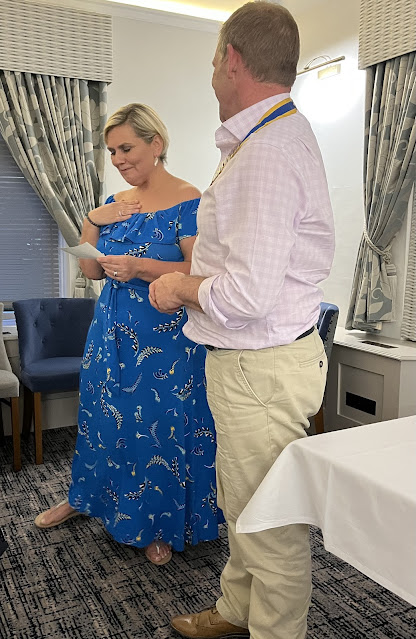 In the years following the attack Lisa founded Believe to Achieve a charity that has achieved national recognition for its work helping to enhance children’s resilience, mental health, self-esteem, personal development, educational experience and future aspirations through therapy and counselling, community and school-based workshops and programmes, and holiday clubs. The Charity’s work has benefited thousands of children and young people across Wolverhampton and the surrounding area and President Mark was pleased to be able to support the continuing work of Believe to Achieve by presenting Lisa with a donation from the Club.
You can help Lisa and the work of Believe to Achieve by donating here - https://www.b2a.org.uk/donate
Posted by Jim Murphy at 22:28